Since its inception in 2003, the U.S. President’s Emergency Plan for AIDS Relief (PEPFAR) has invested over $85 billion in the global HIV/AIDS response, saving more than 20 million lives, preventing millions of HIV infections, and accelerating progress in controlling the global HIV/AIDS epidemic. To assess the program’s broader impacts on health outcomes, researchers from the Kaiser Family Foundation (KFF) recently analyzed changes in the mortality rate in 90 PEPFAR-recipient countries between 2004 and 2018 compared to similar low- and middle-income countries during that period.

They found that PEPFAR funding was associated with large, significant declines in mortality, including the following:

“These findings provide strong evidence that PEPFAR continues to have a significant and positive impact on health outcomes in the countries in which it works and that future investments would be expected to yield additional reductions in mortality,” the report noted. “They also suggest that PEPFAR has had positive spillover effects beyond HIV.” 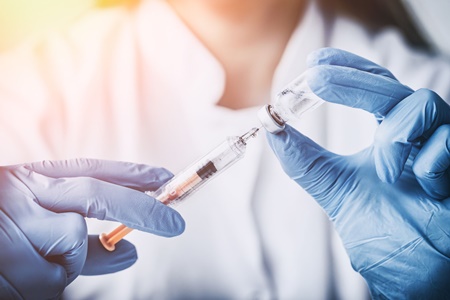 A new study conducted by researchers with HHS’s Office of the Assistant Secretary for Planning and Evaluation (ASPE) indicates that COVID-19 vaccinations helped prevent an estimated 265,000 COVID-19 infections, 107,000 hospitalizations, and 39,000 deaths among Medicare beneficiaries between January and May 2021. The ASPE analysis, which is based on individual-level health data and county-level vaccination rates, also found that reductions in cumulative weekly deaths occurred for all racial and ethnic groups, and across all 48 states included in their sample. During the study period, when vaccination rates increased from 1% to 47% among adults 18 to 64 and from 1% to 80% among seniors, there was an 11% to 12% decrease in weekly COVID-19 hospitalizations and deaths among Medicare beneficiaries for every 10% increase in county vaccination rates.

“The difference in vaccination rates for those age 65 and older between the lowest (34%) and highest (85%) states by the end of May highlights the continued opportunity to leverage COVID-19 vaccinations to prevent unnecessary hospitalizations and premature deaths,” the report concludes.

During the past week, the U.S. Food and Drug Administration (FDA) vaccine advisory panel recommended that some persons who have been vaccinated with Moderna and Johnson & Johnson (J&J) vaccines be eligible to receive booster doses to preserve and enhance their protection against COVID-19. On October 14, the panel voted unanimously in favor of authorizing booster shots of the Moderna COVID-19 vaccine for certain groups of people who have already been fully vaccinated with the Moderna vaccine.  These groups are: people age 65 and older; people 18 to 64 years old with risk factors for severe COVID-19; and people, such as health care workers, whose jobs place them at high risk for serious complications of COVID-19.

On the following day, the FDA vaccine panel unanimously recommended that all J&J vaccine recipients 18 years and older be eligible to receive a J&J booster as early as two months after the first dose. It is important to note that the vaccine advisory committee’s recommendations for the Moderna and J&J boosters most still be reviewed and endorsed by FDA and CDC before the boosters are officially authorized for use. We expect to include an update on COVID-19 vaccine boosters in the next issue of this newsletter.

Awareness and use of HIV pre-exposure prophylaxis (PrEP) have increased rapidly in the U.S. during recent years. However, PrEP knowledge and use vary significantly by race/ethnicity, age, gender, and region. To examine PrEP awareness and referral to providers among Hispanic/Latino persons, CDC researchers analyzed National HIV Prevention Program Monitoring and Evaluation data for approximately 311,000 persons tested for HIV at CDC-funded sites during 2019.

“Broader implementation of PrEP services among Hispanic persons at risk for HIV infection is an essential strategy of the EHE [Ending the HIV Epidemic] initiative,” according to CDC. “HIV prevention programs can help achieve the goals of the EHE initiative by addressing individual, social, and structural barriers to receipt of PrEP services, collaborating with health care and other providers, expanding health care coverage, and implementing culturally and linguistically relevant strategies for Hispanic persons.”

During Fiscal Year (FY) 2021, the U.S. Department of Health and Human Services (HHS), through the Health Resources and Services Administration (HRSA), awarded a total of about $2.21 billion in Ryan White HIV/AIDS Program (RWHAP) grants. These grants went to a wide variety of recipients, including states, counties, cities, and local community-based organizations. “This funding supports a comprehensive system of HIV primary medical care, medication, and essential support services critical to improving the health outcomes of nearly 560,000 people with HIV in the United States,” according to HHS. Here is a brief summary of the FY2021 awards made under the different parts of the RWHAP:

Part A: Fifty-two metropolitan areas received grants totaling about $621.4 million to provide core medical and support services for people with HIV. These grants were awarded to highly impacted urban areas that had the highest number of people with HIV and AIDS. A list of Part A recipients and their awards is available here.

Part B: A total of about $1.3 billion was awarded to 59 states and territories to improve the quality, availability, and organization of HIV health care and support services and to fund the AIDS Drug Assistance Program (ADAP). In addition, 16 states received Emerging Community grants based on the number of AIDS cases reported during the most recent five-year period. Twenty-nine states and territories were also awarded about $10.2 million in Part B Minority AIDS Initiative grants. A list of Part B recipients and their awards is available here.

Part C:  Nearly 350 local, community-based organizations received a total of $179.8 million in Early Intervention Services (EIS) awards to provide core medical and support services to people with HIV. In addition, 30 organizations were awarded about $4.4 million in Capacity Development grants. Separate lists of Part C recipients and their awards are available for EIS and capacity development activities.

Part D: A total of about $67.2 million was awarded to 114 local community-based organizations to provide family-centered comprehensive HIV care and treatment for women, infants, children, and youth with HIV. A list of Part D recipients and their awards is available here.

Part F: A total of about $67.6 million was awarded to support clinical training, oral health services, quality improvement, and the development of innovative models of care through several different programs. These awards included: $12.4 million for dental programs; $30.3 million in support for the AIDS Education and Training Centers (AETC) Program; and $9.9 million to support the RWHAP Special Projects of National Significance (SPNS) Program. Separate lists of Part F recipients and their awards are available for dental, AETC, and SPNS programs.

“For more than three decades, HHS has driven federal efforts to end the HIV epidemic in our country and improve health outcomes for people with HIV,” noted HHS Secretary Xavier Becerra. “These funds support viral suppression that saves lives, reduces health disparities, and slows the spread of HIV. We will continue to support the Administration’s goal of ending the HIV epidemic in the United States.”

The CDC has issued a notice of funding opportunity (NOFO) CDC-RFA-PS22-2202 for strategies and activities that support enhanced surveillance among persons with early or late HIV diagnoses. These will inform understanding of the individual- and systems-level barriers that prevent people from fully realizing the benefits of current prevention and testing interventions. The strategies and activities covered in this NOFO include identifying, contacting, and recruiting people who received an early or late HIV diagnosis in the past year to participate in behavioral interviews to be conducted by a CDC contractor.

Recipients of this funding will also engage local community partners to ensure that appropriate approaches are used to recruit participants and to disseminate findings to the community. Eligible applicants for this NOFO include all U.S. state health departments, the six local health departments with independent HIV surveillance programs, the District of Columbia Department of Health, and territorial health departments. CDC expects to make 20 awards totaling $8 million. The application deadline is December 17.

HHS recently added data on social determinants of health (SDOH) to America’s HIV Epidemic Analysis Dashboard (AHEAD). The addition of these data is expected to help stakeholders in the Ending the HIV Epidemic (EHE) initiative develop more comprehensive and data-driven plans of action to meet the diverse needs of their jurisdictions. “Data on SDOH help provide context to understand the drivers of health inequities and disparities,” notes Oskian Kouzouian, deputy director of HHS’s HIV.gov website. “Incorporating SDOH data into EHE planning and implementation allows community prevention planners to identify and address factors that may be significantly contributing to HIV morbidity and mortality in their communities.”

According to HHS, EHE stakeholders may use the SDOH data to:

The AIDSVu website recently posted a blog item highlighting the impacts of HIV on Hispanic/Latinx persons, plus a new set of infographics about HIV in this population group.  These infographics include:

In the same blog item, AIDSVu has also published downloadable, Spanish-language versions of most of the infographics listed above.