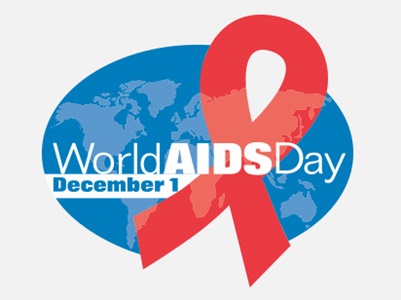 On Wednesday, December 1, the global community will observe the 34th annual World AIDS Day (WAD). This year’s theme for WAD in the U.S. is “Ending the HIV Epidemic: Equitable Access, Everyone’s Voice.” This theme highlights U.S. federal agencies’ “strong commitment to ending the HIV epidemic globally by addressing health inequities and ensuring the voices of people with HIV are central in all our work,” according to Angeli Achrekar, acting U.S. global AIDS coordinator and Kaye Hayes, acting director of the Office of Infectious Disease and HIV/AIDS Policy.

The global theme for WAD this year is “End Inequalities. End AIDS. End Pandemics,” according to UNAIDS. “This World AIDS Day, UNAIDS is highlighting the urgent need to end the inequalities that drive AIDS and other pandemics around the world. Without bold action against inequalities, the world risks missing the targets to end AIDS by 2030, as well as a prolonged COVID-19 pandemic and a spiraling social and economic crisis.”

To help you and your patients or clients commemorate World AIDS Day, we have compiled overviews of the global and U.S. HIV epidemic, plus lists of online resources focusing on the epidemic at the global and national levels.

According to UNAIDS, about 37.7 million people were living with HIV worldwide during 2020 – the latest year for which data are available. Of this total, about 36.0 million were adults (aged 15 years and older), and 1.7 million were children.  Substantial progress has been made to reduce the number of new HIV infections and AIDS-related deaths and to increase the number of people receiving effective antiretroviral treatment (ART).

Selected Resources About the Global Epidemic

According to the U.S. Centers for Disease Control and Prevention (CDC), about 1.19 million people were living with HIV in the U.S. at the end of 2019 – the latest year for which data are available.  In 2019, 36,801 people received an HIV diagnosis in the U.S. and dependent areas. From 2015 through 2019, HIV diagnoses in the U.S. decreased about 9% overall. However, the rates of new diagnoses and trends in diagnoses over time varied substantially by race/ethnicity, transmission category, gender, age, and geographic region.

Selected Resources About the U.S. Epidemic

Ending the HIV Epidemic: A Plan for America. According to the U.S. Department of Health and Human Services, this plan to end the U.S. HIV epidemic leverages “the powerful data and tools now available to reduce new HIV infections in the U.S. by 75% in five years and by 90% by 2030.” The program directs significant resources to 48 counties, Washington, D.C., San Juan, Puerto Rico, as well as 7 states that have a substantial rural HIV burden. In addition, the Plan’s four main strategies – diagnose, treat, protect, and respond – will be implemented across the entire U.S. within 10 years.