In a recent surveillance report, CDC summarizes 2020 data for Selected National HIV Prevention and Care Outcomes – indicators used to monitor progress toward U.S. national goals outlined in Healthy People 2030, the National HIV/AIDS Strategy, and the Ending the HIV Epidemic in the U.S. initiative. The report includes the latest available information on many indicators, including: the stage of HIV disease at the time of diagnosis; rates of linkage to HIV care within one month of diagnosis; receipt of HIV care and viral suppression; survival of more than 3 years after diagnosis; prescriptions, indications, and coverage for HIV pre-exposure prophylaxis (PrEP); and perinatally acquired HIV infection.

The report and associated tables include breakdowns by race/ethnicity, age, gender, transmission category, and area of residence for many of the indicators, with numerous charts, graphs, and infographics summarizing key data.  Six Special Focus Profiles focus on: gay, bisexual, and other men who have sex with men; persons who inject drugs; transgender and additional gender identity persons; women (based on sex assigned at birth); persons with perinatally acquired infections; and young persons aged 13 to 24 years old.

“Data for the year 2020 should be interpreted with caution due to the impact of the COVID-19 pandemic on access to HIV testing, care-related services, and case surveillance activities in state and local jurisdiction,” according to CDC. The agency notes that the steep reduction (17%) in total U.S. HIV diagnoses during 2020 “is likely due to disruptions in clinical care services, patient hesitancy in accessing clinical services, and shortages in HIV testing reagents/materials.”

This approach “can help people maintain their best health possible, while also improving outcomes in HIV prevention, diagnosis, care, and treatment,” according to CDC. “A status neutral approach to HIV-related service delivery aims to deliver high-quality, culturally affirming health care and services at every engagement, supporting optimal health for people with and without HIV.”

The CDC issue brief describes the features of status neutral HIV care and service delivery in detail, and explains how this approach can address the many barriers that can keep people from becoming engaged in HIV care, including stigma, bias, and difficulties accessing and navigating HIV care and essential support services. Short summaries are provided of several jurisdictions’ efforts to integrate a status neutral approach into their HIV care services in Chicago, New York City, Puerto Rico, Texas, and Washington, D.C. These jurisdictions have experienced important benefits from this approach, including: decreasing new HIV infections;  supporting and enabling optimal health through continual engagement in comprehensive, “whole person” care; creating opportunities for more efficient service delivery; and improving health equity.

The issue brief ends with a discussion of steps CDC is taking to advance status neutral HIV care in the U.S., as well as recommended actions federal agencies, state and local health departments, healthcare providers, and community-based organizations can take to promote and integrate a status neutral approach into their programs and service delivery models.

The COVID-19 pandemic had a major impact on HIV and tuberculosis (TB) services during 2020, with substantial decreases in services for HIV testing, prevention of mother-to-child transmission, male circumcision, and the initiation of treatment for HIV and TB treatment compared to 2019. Despite the continuation of the COVID-19 pandemic, these services rebounded during 2021, according to the newly released Results Report 2022 of The Global Fund to Fight AIDS, Tuberculosis, and Malaria (Global Fund). “Although most countries that fight HIV, TB and malaria have started to recover from the ravages of COVID-19, we need to accelerate our efforts if we are to fully recover lost ground and get back on track towards ending these diseases by 2030,” noted Peter Sands, executive director of the Global Fund. “By working together, the Global Fund partnership has saved 50 million lives over the past two decades, proof that global commitment and community leadership can force the world’s deadliest infectious diseases into retreat.”

Countries where the Global Fund invests achieved the following results during 2021:

The 2022 global monkeypox outbreak has affected primarily gay, bisexual, and other men who have sex with men (MSM). In addition, persons with HIV and sexually transmitted infections (STIs) are disproportionally affected by monkeypox. To increase understanding of the epidemiology and interrelationships among monkeypox, HIV, and sexually transmitted infections, CDC researchers collaborated with public health officials from eight U.S. jurisdictions to analyze data on 1,969 cases of  monkeypox diagnosed between May 17 and July 22.

Among persons with monkeypox and diagnosed HIV infection, 94% had received HIV care in the preceding year, and 82% had a suppressed viral load. Despite their relatively high rates of HIV care and viral suppression, persons with HIV and monkeypox infection had substantially higher hospitalization rates for monkeypox than persons with monkeypox alone (8% versus 3%). Persons coinfected with HIV and monkeypox also had higher rates of several medical symptoms and conditions, including rectal pain (34% versus 26%), tenesmus (20% versus 12%), rectal bleeding (19% versus 12%), purulent or bloody stools (15% versus 8%), and proctitis (13% versus 7%).

“Increasing HIV prevalence among persons with monkeypox over time suggests that monkeypox might be increasingly transmitted among networks of persons with HIV infection, underscoring the importance of leveraging HIV and STI care and prevention delivery systems for monkeypox vaccination and prevention efforts,” the researchers noted. “Consideration should be given to prioritizing persons with HIV infection and STIs for vaccination and other prevention efforts. HIV and STI screening and other recommended preventive care should be routinely offered to persons evaluated for monkeypox, with linkage to HIV care or HIV PrEP, as appropriate.”

In a separate report, CDC researchers and their colleagues summarized the findings of an online survey of 824 gay, bisexual, and other MSM during August to determine what steps, if any, they were taking to prevent transmission of the monkeypox virus. Overall, nearly half (48%) of the survey respondents reported reducing their number of sex partners, 50% reported reducing one-time sexual encounters, and 50% reported reducing sex with partners met on dating apps or at sex venues since learning about the monkeypox outbreak.

Nearly one in five respondents (19%) reported receiving at least one dose of vaccine to prevent monkeypox. Vaccination rates for monkeypox were highest among Hispanic/Latino men (27%) and lowest among non-Hispanic Black/African American men (11%), compared with 19% among non-Hispanic White men and 24% among men of other race/ethnicity.

Monkeypox vaccination rates varied widely by area of residence: 28% in urban areas, 14% in suburban areas, and 6% to 7% in less populous areas. Monkeypox vaccination rates in urban areas were much higher in urban (28%) and suburban (14%) areas than in other less populated areas (6% to 7%). Among the HIV-negative men surveyed, a much higher proportion of persons taking HIV PrEP were vaccinated (31%) than those not taking PrEP (7%) vaccinated.

“These data highlight the importance of health communication in the context of strong community leadership in response to the U.S. monkeypox outbreak,” the researchers noted. “The adoption of prevention strategies reported here aligns with specific harm reduction strategies developed for monkeypox and with broader sexual health information and recommendations for MSM.”

During 2020, the COVID-19 pandemic caused major disruptions in access to medical care, testing, and other hepatitis-related public health activities. As a result, CDC advises that the 2020 data included in this surveillance report should be interpreted with caution. Selected highlights of the surveillance report are summarized below:

HAV: A total of 9,952 new cases of HAV were reported in the U.S. during 2020. Since CDC estimates that only about half of all HAV cases are reported, this corresponds to an estimated total of about 19,990 new HAV cases last year. HAV cases declined by nearly half (47%) from 2019 to 2020, which CDC believes may be the result of resolving outbreaks in several states during 2020. However, the estimated number of infections during that year was still about five times higher than the national goal for 2025 – which calls for reducing estimated HAV infections to 4,000.

HBV: A total of 2,157 new cases of acute HBV were reported during 2020, which corresponds to an estimated 14,000 acute HBV infections. There were also 11,635 newly reported cases of chronic HBV in 2020, which corresponds to a rate of about 5 per 100,000 population. CDC notes that, after a decade of relatively stable rates, the number of acute HBV infections decreased 32% between 2019 and 2020, probably the result of fewer people seeking healthcare and being tested for HBV during the pandemic.

HCV: Although only 4,798 new cases of acute HCV were reported during 2020, CDC estimates that the actual number of new HCV cases was about 66,700. “Since 2013, increases in injection drug use related to the nation’s drug crisis have contributed to annual increases in newly reported cases of HCV,” according to CDC. “During 2020, there was a 15% increase in the rate of reported cases of acute HCV from 2019. Although the COVID-19 pandemic disrupted health care access and reduced the number of persons tested for HCV infection, the anticipated reduction in reported cases was offset by a change to the acute hepatitis C case definition introduced in 2020.” 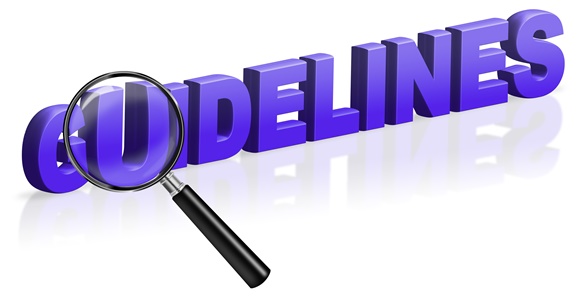 AIDSVu recently published a blog item summarizing recent statistics on HIV among people aged 55 years or older in the U.S., as well as the following infographics, updated with 2020 data, focusing on this age group: